Ever wondered what EduKick International Football Academies (EIFA) alumni are up to? So were we. Take a moment to look at all the fantastic soccer players around the world who started at an EduKick Academy Let’s begin with David Somma. David Somma is an alumnus of EduKick Madrid Football Academy. At the moment he is a free agent in the United States working hard on his game through a professional physical conditioning program.

While he was in England, he made a big impact, soon becoming a regular first team squad member of the English Championship club Leeds United FC. Having been born in South Africa, Somma made his full international debut with the South African Men’s National Team in a game opposing the United States team. Next up in our lines of successful alumni is Eric Behrens, the German goalkeeper who displayed his talented goalkeeping while attending EduKick Manchester Football Academy in 2013 at age 16.

Eric now shows off his hard work and excellent skills for the English Championship side, Derby County F.C.

EduKick Manchester Academy is where he caught the attention of coaches at Manchester City Youth Academy. After training with Manchester City for a while, he then attended a trial with Aston Villa. In the end, Eric was offered a professional contract with Derby County FC after a very successful trial. Miguel Hamutenya from Namibia, Africa is another EduKick alumi who is now playing professionally. In his case, the Norwegian 2nd division club Strommen FC has recently re-signed a deal to keep him on for one more year.

Directly after EduKick, Miguel signed a professional contract with Bnei Sakhnin of the Israel Premier League. After one successful season there, he then signed a contract subject to a successful work permit application with Glasgow Rangers of the Scottish premier division. Since the work permit was turned down he had to discontinue with the Scottish Champions at the time.

He has now landed in Norway where he has established himself as a key member of Strommen FC. Through EduKick Manchester’s awesome connections, he was able to obtain a trial with English Championship professional team Peterborough FC. They asked him to return for a another trial during their pre-season training, but Sam returned home to Switzerland in order to complete his education, signing instead with FC Emmenbrücke for a time.

Once again performing high above the rest, Sam moved on to the Swiss 3rd division professional club SC Kriens representing their U21 squad. Sam is now with the Lichtenstein national squad at a training camp.

Matt Sanner, an American from Indiana, USA is an EduKick Alumni who is currently playing professionally for BK Bodens FC of the Swedish 2nd division. Kolokotronis is a Greek-American, and signed his first professional contract, in August 2013, after initially attending the EduKick Madrid Elite Camp, in the summer of 2010 and EduKick Madrid Academy Program, in 2011.

“It really is wonderful to see so many of our alumni fulfilling their potential and achieving their football dreams. We are very proud to have played a part in their football development. We are also very happy that our professional trial programs can provide our aspiring young professional footballers with genuine exposure opportunities to the professional level of the game.” – EduKick G.M. Jon Morgan

Another EduKick England alumnus, Nazar Kmit from Ukraine, is playing professionally in the Ukraine 2nd Division for FC Skala.

Nazar earned a trial at Preston North End, of the English Football League 1st Division, while at EduKick England and continued working towards his dream of playing soccer/football professionally once he returned home.

After completing a successful trial at FC Skala, Nazar has moved from their youth team level to being a vital player on their senior squad.

“We had two goals coming into this program: find a safe, hospitable, loving, professional environment that would allow a young kid to learn and experience the ins and outs of becoming a professional football player. Secondly, to secure some reputable relationships with UK teams and professionals that we could leverage for the 2014 season that would trend us down the path of scholarship football in a professional football setting. In my opinion, I think both of those goals exceeded our expectations and I owe it to you guys (EduKick) for helping us find our way over this last year.” – Sean Bredin, father of EduKick player Quinn Bredin, of Canada

Are you working toward your goal of becoming the best student-player you can be? 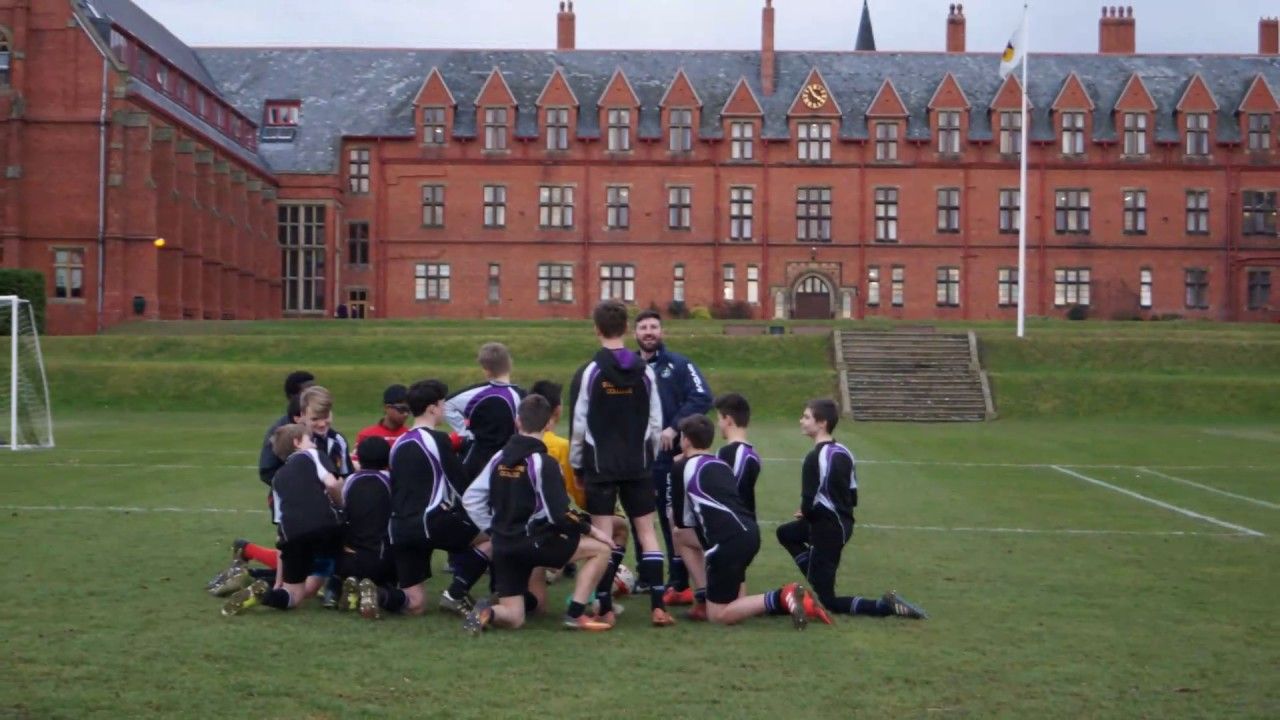 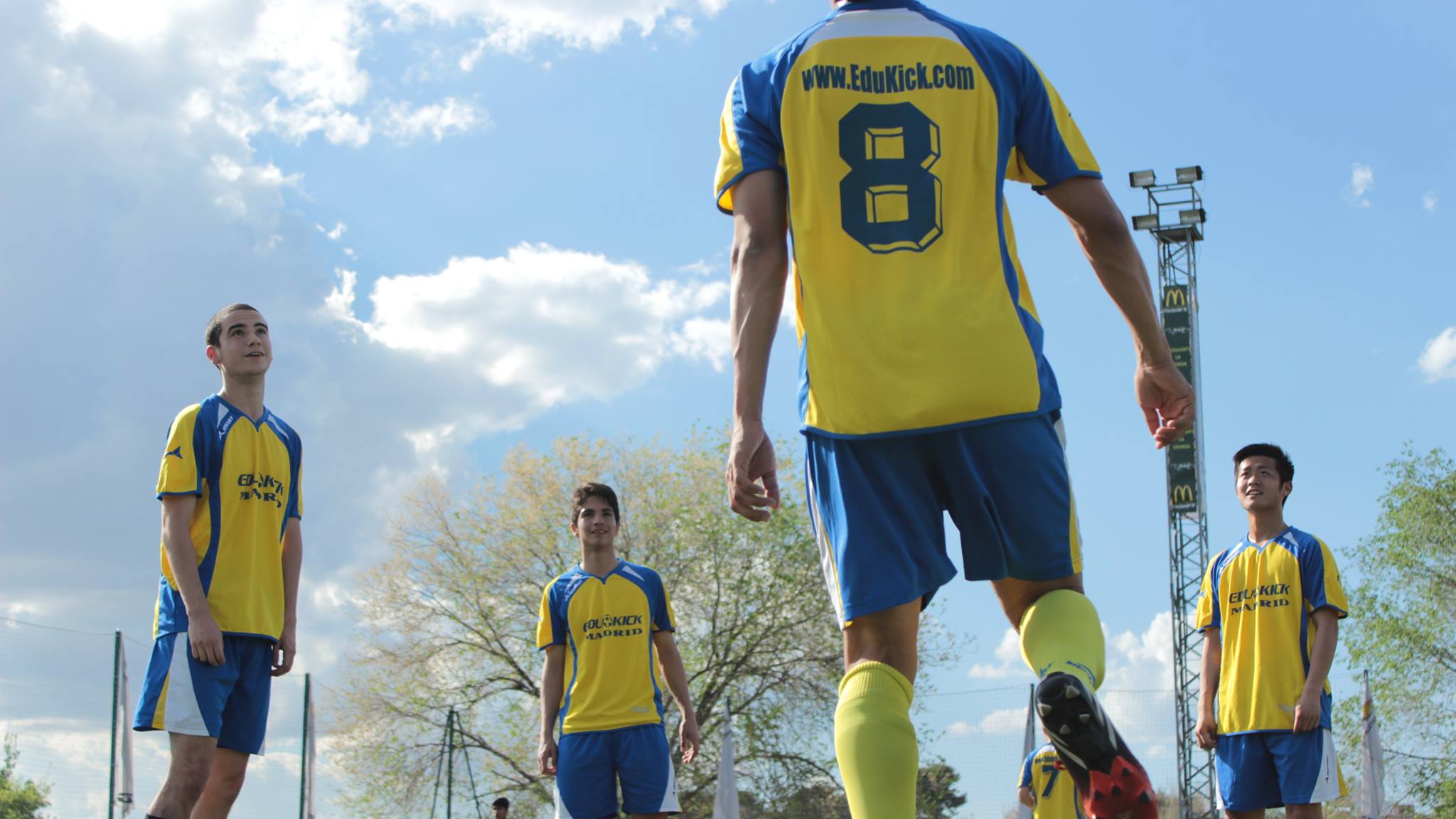 This week we are glad to welcome back Olivier Love to the Manchester program. Olivier suffered a bad injury during a
Read More