Bilotta and (shown at right while in New York meeting with A.C. Perugia club officials) created EduKick based on the philosophy that exposure to foreign language, culture and international soccer training abroad would accelerate personal growth in young people. They wanted EduKick to be different…a complete package that would have a lasting and positive influence on the young person. As professionals, soccer fanatics and fathers, they wanted to create a program that maximized the EduKick youth’s time abroad; instilling a sense of independence and pride in themselves for having experienced international travel, structured language study, cultural excursions, and professional soccer training. 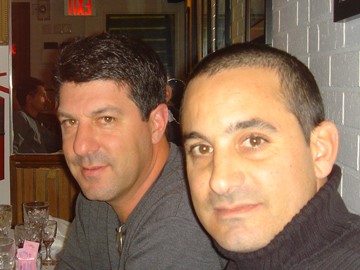 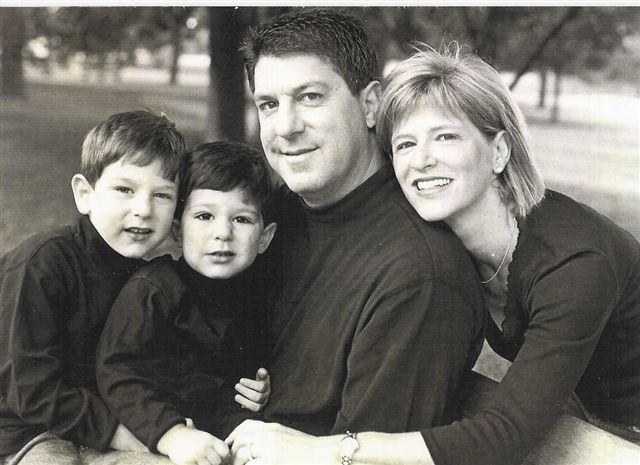 The Orgin of EduKick

While Bilotta was were still a teenager, something happened that would change his life forever. He was selected to play on a team from Northern California that went to Germany (then called West Germany) to play a series of matches against German youth teams.

The teenage soccer player had the experience of his life and he has credited that trip with being instrumental in his development as a youth. “It completely changed the way I looked at the world and myself,” said Bilotta, who would go on to learn Spanish and Italian as an adult. “I can easily trace my interest in languages back to that trip I took as a kid. I remember feeling a sense of confidence upon returning home, I new that I was wiser and it made me feel special.”

EduKick President & Founder, Joey Bilotta (seen here addressing the EduKick Spain 2004 Class), played Division 1 college soccer at St. Mary’s College of California (graduating in Psychology, 1986) and then went on to play professionally in Spain and in the U.S. (in the former American Professional Soccer League, A.P.S.L.) during his twenties. Bilotta began playing soccer at age six, thanks to the Austrian father of his best neighborhood friend; now 46 years old, Bilotta continues to play top-level amateur soccer (Over-30) with Oakville MCM SC in Ontario, Canada.

Bilotta (at right) continued to be very involved in the game after retiring from pro ball in 1991. In fact, during the U.S. hosted 1994 World Cup, Bilotta was hired to be the official World Cup “spokesperson” for the California State Lottery. In that capacity, he appeared throughout the state in special events promoting the U.S. World Cup and youth soccer. 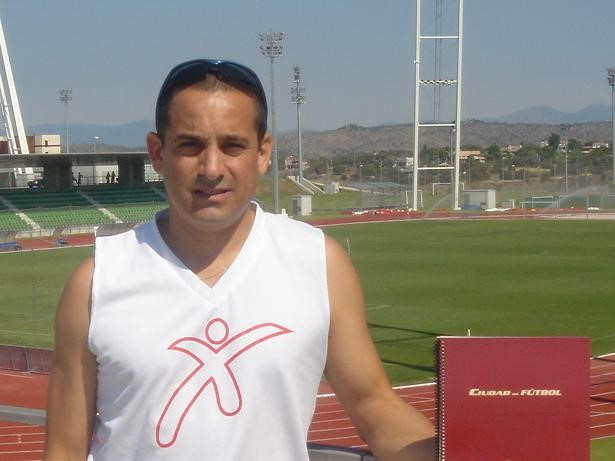 After his professional playing career ended, Bilotta (pictured here promoting the US hosted 1994 World Cup for the California State Lottery) turned his attention to professions in youth program management. He worked as a “Youth Market Director” for the American Heart Association and also as an “Assistant Director” of an Anti-Tobacco non-profit that operated throughout three counties in Central California. Bilotta also worked in education, both as a teacher and as a high school counselor (3 years at San Marcos High School in Santa Barbara, CA). He is a U.S.S.F. licensed soccer coach, certified bilingual educator (DELE Spanish Proficiency Certificate – issued by the Spanish Embassy in Canada via Salamanca University, España), and a seasoned youth soccer camp program specialist.

Mr. Bilotta (pictured at right while at the EduKick Spain “Elite” camp facility, “Ciudad del Futbol” in Madrid) has considerable experienced in the field of youth travel programs. Prior to opening EduKick, Inc., Bilotta started Bilotta Co., a company that took Canadian youth to Spain for a language and culture summer course. Previous to that position, Mr. Bilotta worked as an assistant to Professor Jorge Santana (email for reference) Head of Spanish Department, University of California at Sacramento, in a summer cultural exchange program course abroad in Madrid.

Natalie D’Souza, B.Ed., M.A. is EduKick’s Director of Languages and oversees the language curriculum in each participating country. Ms. D’Souza possesses a Master’s Degree in Spanish Literature (UC Santa Barbara, 1998), a B.A. in French and Spanish and also a teaching certificate in French and Spanish. Ms. D’Souza is a 19 year veteran Spanish teacher at Appleby College in Ontario, Canada. For additional information regarding EduKick’s language immersion program in any of our host countries, please contact Ms. D’Souza directly.

Gayle A. Arlen, Director of Corporate Sponsorship & Legal Affairs
Ms. Arlen practiced law for over 14 years in the areas of commercial finance, bankruptcy and general corporate law, the last 7 of which she was Regional General Counsel of The CIT Group/Business Credit, a major domestic commercial finance corporation. Ms. Arlen has a B.S. in Economics from the University of Rochester and a J.D. from Ohio State University.

Ms. Arlen, an avid “soccer mom”, has also served on various committees for the Chicago Abused Women Coalition and does volunteer work for The Anti-Cruelty Society. As a mother of two registered youth soccer players in downtown Chicago, Illinois, Ms. Arlen joins our other EduKick officials and staff in sharing the passion for “the beautiful game!”